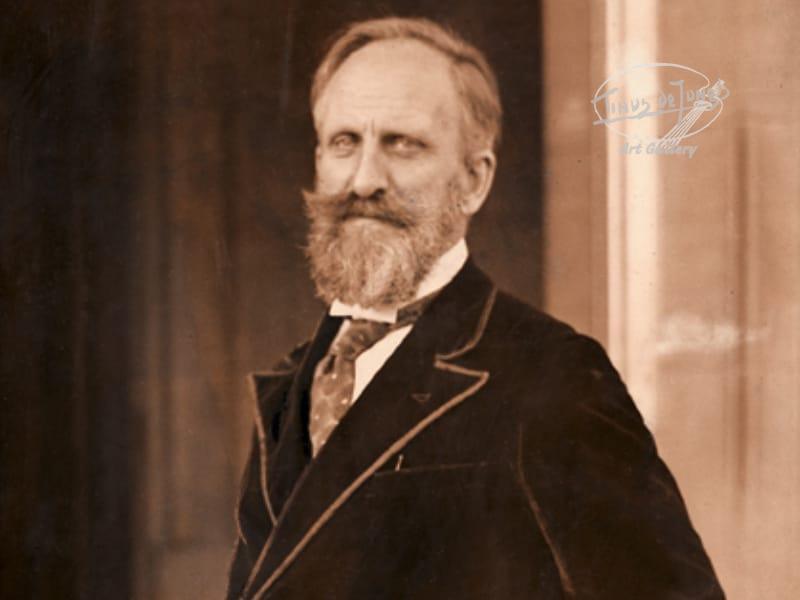 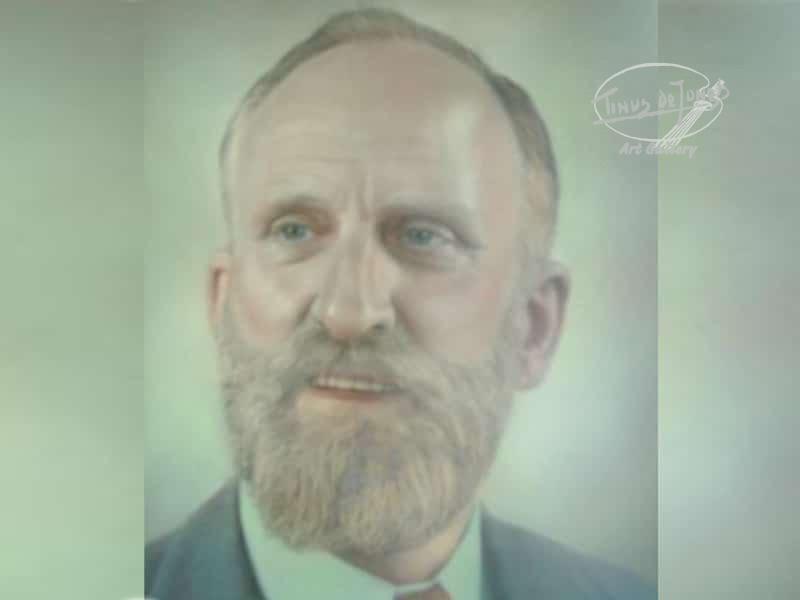 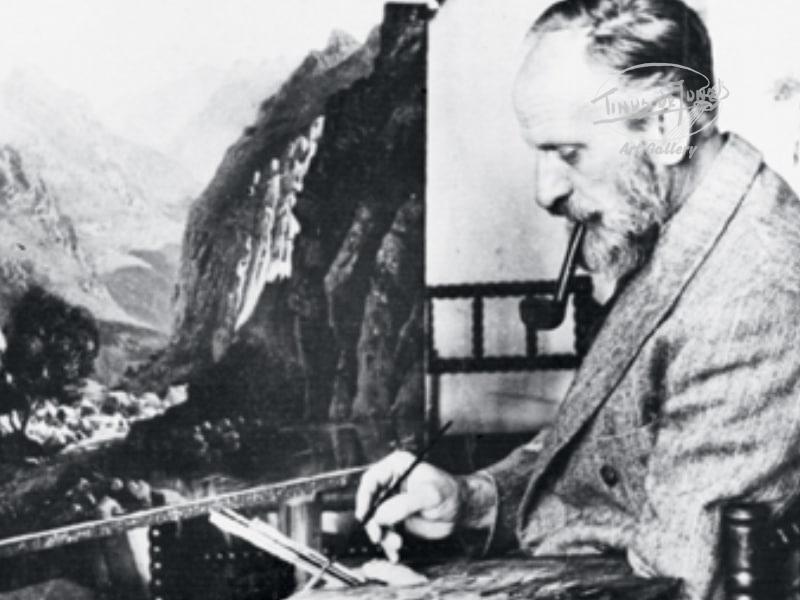 Tinus de Jongh was born in Amsterdam on the 31 January 1885 the youngest of four children and son of the rector of a Gymnasium.
He revealed artistic talent early on and at the age of 11, received permission from the curator of the Rijksmuseum to draw from the works of the “Golden age of Dutch Art” of the 17th century. At 15 he painted his first major work in oils, a 3 x 4 ft scene depicting a blacksmiths workshop.

On completion of his schooling in 1900, his desire for an artistic career met with considerable parental opposition but he was eventually allowed to enroll at the Ambachtschool in Amsterdam to serve an apprenticeship as a “decourateur”. Here he received a basic grounding in painting techniques and the properties of paints and after 2 years was presented with first prize, ironically presented by President Paul Kruger who was living there in exile from South Africa.

He spent the next 2 years developing an individual technique, during which time he worked as an interior decorator to earn a living. He haunted the streets, squares and canals of the old city sketching and painting.
He then enrolled at an art school but left after 2 years to pursue a career as a professional artist and studied the works of the contemporary ‘Hague School” of artists. Landscape was his true métier and his refined brushwork and subject choice was firmly influenced by the dutch impressionists he admired so much.

There was a great deal of interest shown in his work and various art societies, civic bodies and private individuals purchased his work.

In 1912 he was granted permission by HM Queen Wilhelmina to paint scenes of interest from within and around the royal palace, particularly of the Dam Square, which was re-designed and re-opened in 1914 and his work was acclaimed for it’s historical content. During his lifetime his works were purchased by the Rijksmuseum which subsequently built up a collection of his urban scenes which are kept at the Beeldbank Stadsarchief in Amsterdam.

At about this time he began to travel into the rural areas to paint landscapes. After the outbreak of the First World War in 1914 he spent time in the civil defence corps, but became ill and endured a long and slow convalescence in an austere post war environment.
He married Johanna Maria Verhoef in 1911 and they had 3 children Wilhelmina, Gabriel and Petronella.

A visit from his brother-in-law, Louis Verhoef, in 1921 encouraged him to emigrate to South Africa later that same year and his family followed shortly therafter. They initially settled in Fish Hoek during which time they became active members of the Hollandse Kring and Tinus took the opportunity to paint the surrounding landscape.

Almost immediately upon his arrival in Cape Town he began to paint many city scenes which were purchased by banks, private institutions and private patrons.
His first public commission was to paint the Houses of Parliament, which was hung in the office of the High Commissioner in London. He also completed a series of city scenes,

He held a very successful exhibition in Port Elizabeth in 1922 where the complete collection was purchased by the owner of the Park Hotel, Herman Sammel. With the proceeds he purchased a car and began to travel further inland, coming into contact with the rugged mountains which he depicted so dramatically and for which he has become famous.

In 1923 he was commissioned by various faculty heads of the University of Cape Town to paint a series of medical illustrations for the tuition of medical students and these are still housed there today in the university archives.

In 1933 he and his family embarked on a caravan trip to Zimbabwe (formerly Rhodesia) En route he painted in the Cango Caves and at Victoria falls he painted 11 scenes, exhibiting them in the drawing room of the Victoria Falls Hotel .
He travelled on to the Drakensberg and Golden Gate areas, after which he held an exhibition in Durban., and it was here that he painted the portrait of a Riksha Boy which was subsequently exhibited at the Paris Salon and the Royal Academy in London.

There were also exhibitions in the Arlington Gallery, Old Bond Street, London and in Burton-upon-Trent in 1933 /34.
He was actually a very versatile artist and in 1936 carved a bas-relief sculpture in slate of the arrival of Jan van Riebeek’s ship, the Drommedaris, in Table Bay for Alex van Niekerk.

He is known particularly for his skilled printmaking and over the years produced South Africa’s foremost collection of etchings recording most buildings of historical importance and many prominent farmhouses around the country.
During all this time he had been developing a palette-knife technique to convey greater emphasis on luminous light and to capture the ruggedness of the scenery.

In 1938 he spent time touring the Koue Bokkeveld and was overwhelmingly impressed by the brilliant colours and harsh light. He dispensed completely with his usual dark palette and began to paint broadly with overall luminous light in a new impressionistic style. Some of his best landscape work was done in this short period of scenes in and around the Cedarberg area.

He died in Bloemfontein on 17 July 1942 at the age of 57 years from lung cancer, having become one of the most technically skilled and popular painters in South Africa. 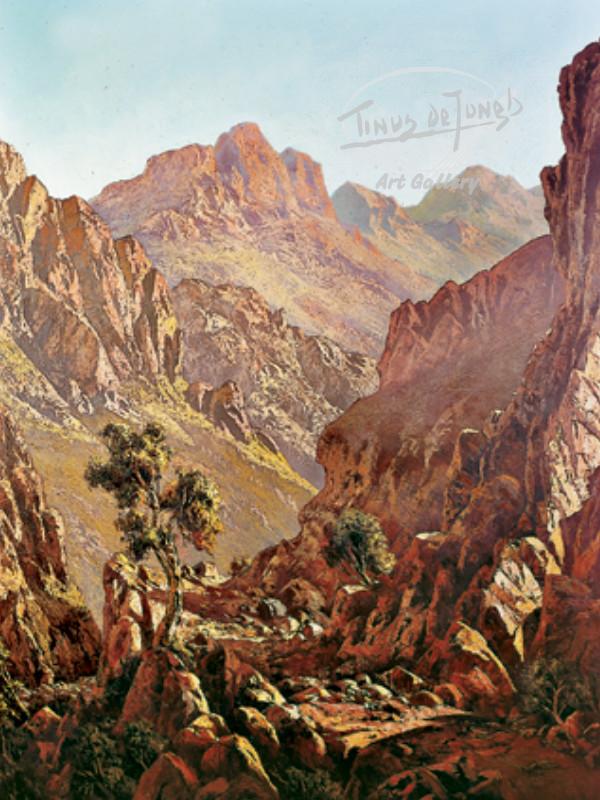 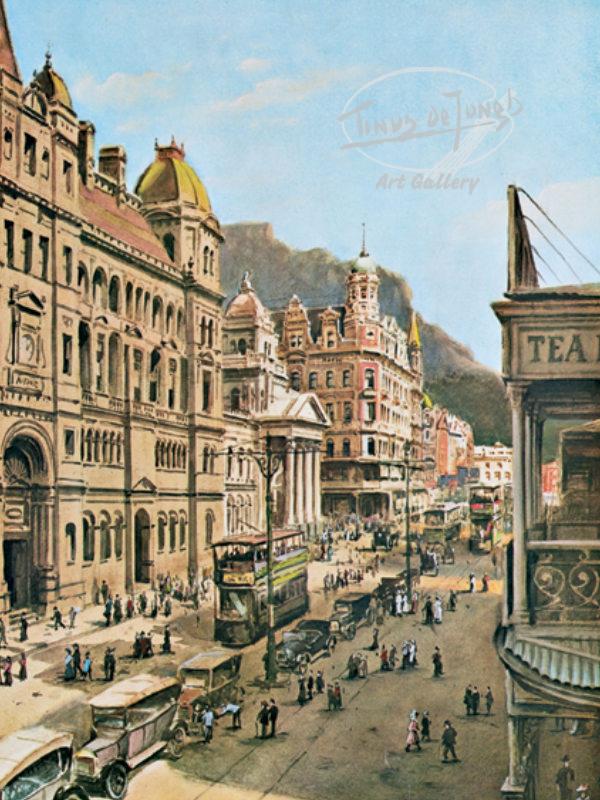 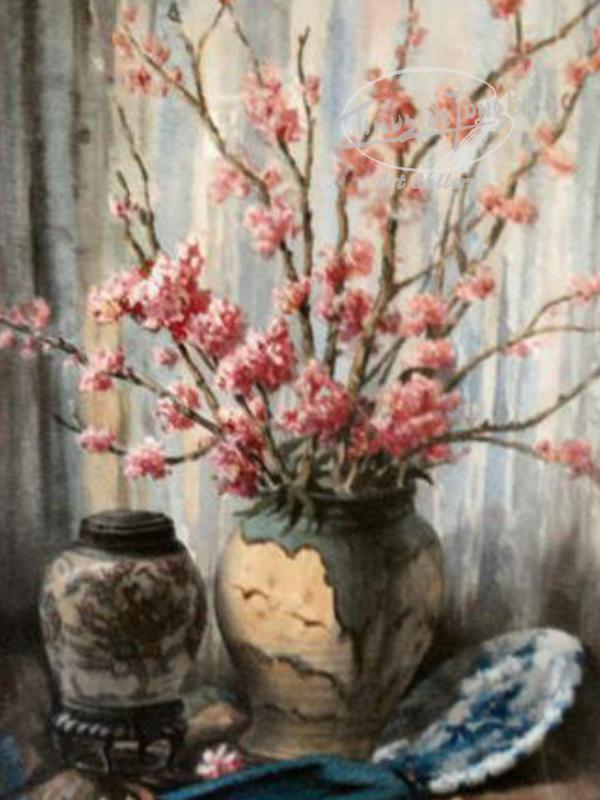 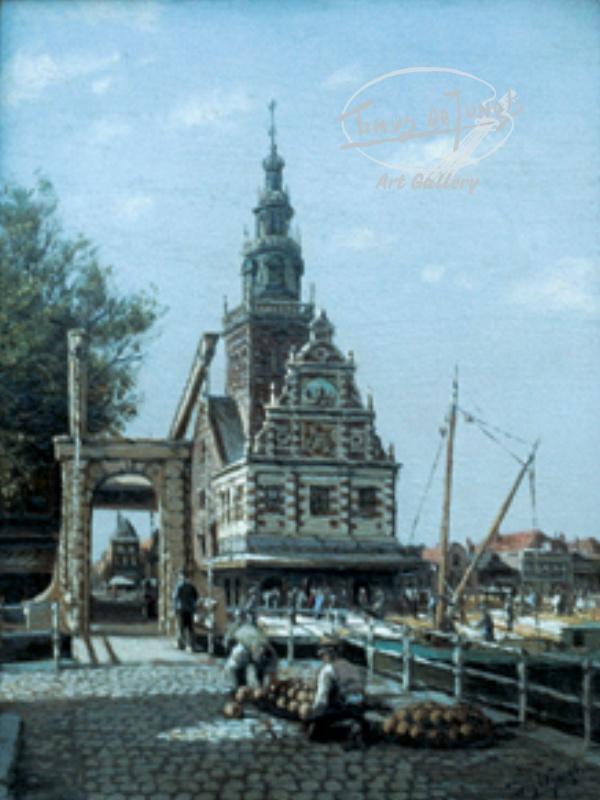 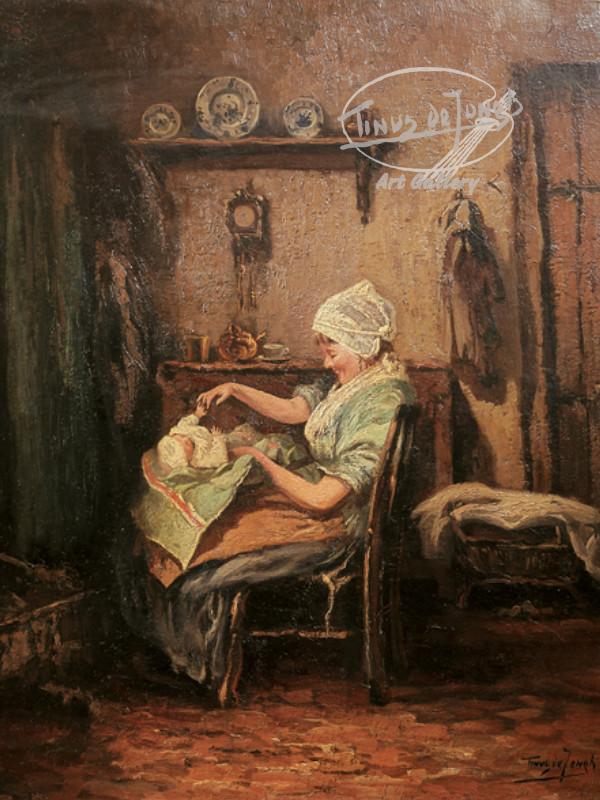